A Blog Hop with StencilGirl and Xyron... 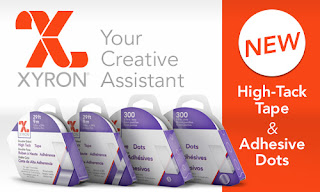 Thanks to the folks at Xyron, today I'm exploring ways to use their Xyron High Tack Adhesive Dots and Double-Sided High Tack Tape along with StencilGirl Stencils.

I started by playing around with the Xyron products, journalling about what I was coming up with as I went along.

My husband is a talented wood worker, and as a byproduct of what he was creating, he was making this fabulous pile of Padauk wood shavings.  I love the colour and thought it would give me some incredible texture.  While leaving the paper backing on the double-sided tape, I dipped the sticky side into the wood shavings.  I then peeled the paper backing off and stuck this wonderfully textured 'wood tape' to my journal page.  I also made some wood shaving dots, in much the same way. 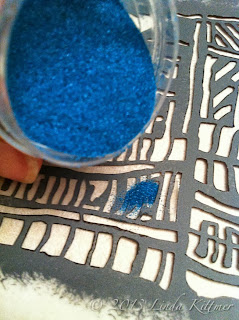 Next I started looking at my collection of stencils to find patterns that would create some interesting tape using embossing powder.  I settled on Jamie Fingal's Houses to start, but was really interested to note that most of the stencils have some elements that can be isolated for fabulously patterned tape.
I started by laying the tape down on my non-stick craft mat, sticky side up (release paper down).  I gently put the stencil over it so that it was sticking ever so slightly to the tape and I sprinkled a bit of the first colour of embossing powder over it.  I used a soft brush (any soft paint brush would do or use a brush made for embossing powders).

I then carefully lifted the stencil and sprinkled the second colour onto the exposed areas of the tape.  Using the soft brush, I brushed away the excess embossing powder and used the heat gun to melt the embossing powder.

I also made a few embossed dots using one colour of powder per dot.  Here's the journal page with my notes for future reference: 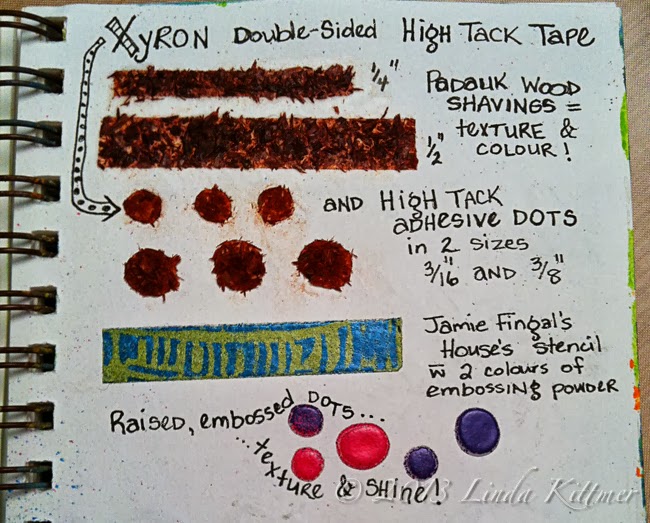 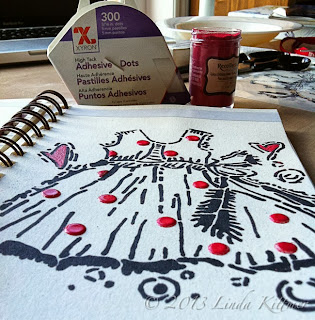 Using a couple of these ideas, I pulled out Sue Pelletier's Loose Dress #3 stencil and my black Pitt pen and I traced all the lines on the stencil.  Then I added a bunch of the 3/16" Xyron dots to create a pretty polka dotted dress.  I sprinkled on the pink embossing powder, brushed off all the excess and then pulled out the heat gun to get them to melt and shine! It's difficult to see, but the dots are raised, adding a wonderful texture to the page. 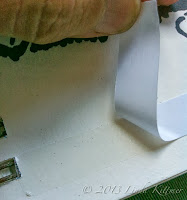 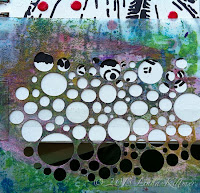 I added the 1/2" Xyron Double Sided Tape along the top and bottom of the page, leaving about a 1/4" between the edge of the page and the tape.  I thought Patricia Baldwin Seggebruch's Bubbles stencil would add the perfect compliment to the polka dot dress.  After sticking the tape onto the page, I pulled up the protective paper and as described above, I added pink embossing powder to the stencil first, to get pink dots, and then filled in the background space with green.  I found dipping the brush into the green and touching it to the exposed tape worked really well without dropping too much excess embossing powder. 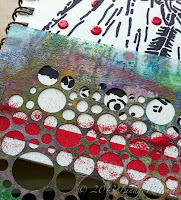 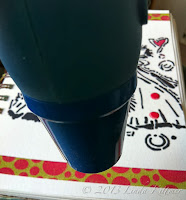 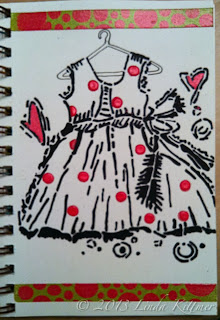 Here's the page after the embossing was finished.  I really like it as is, but I decided to use my Tombow markers to add a watercolour effect to the page.

The final touch was a bit of hand written text around the dress using a white Uni-ball Signo pen. 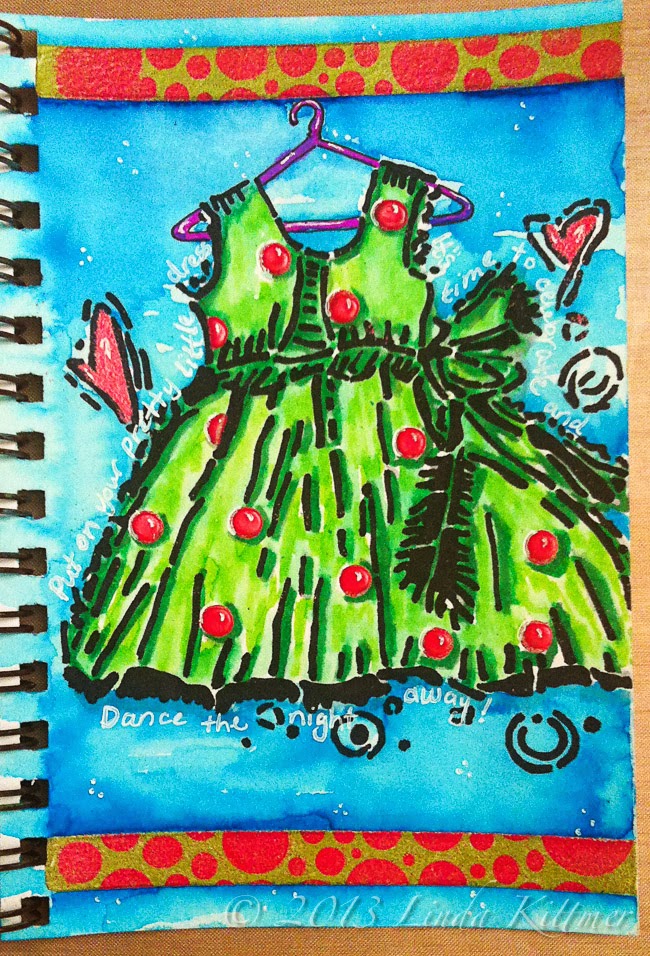 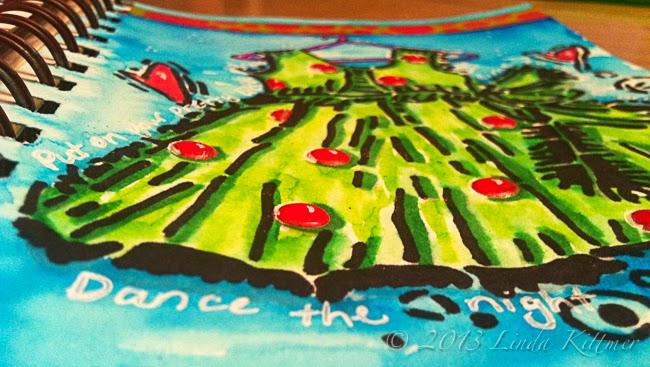 Posted by Linda Kittmer at 1:00 AM