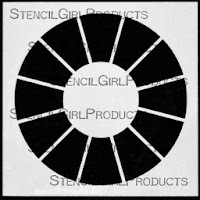 For today's StencilGirl Blog Hop, I'm working with Pam Carriker's "Complementary" stencil. My first thought was to do a journal page, but as I started thinking about what I wanted to do with the stencil, whimsical practicality took me in a different direction!  The journal was set aside and instead I pulled out a 10" x 12" canvas.

I used matte medium, a palette knife, and a few old dictionary pages to create a background layer.  I then pulled out the stencil and some Golden Fibre Paste and I covered the stencil with a good thick layer. 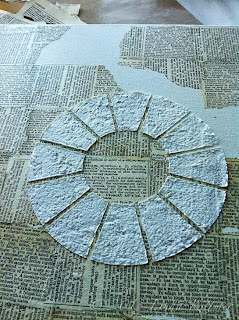 When I lifted the stencil, I was left with a lovely raised image of the design.  Make sure you wash your stencil right away so the fibre paste doesn't have time to dry on it! 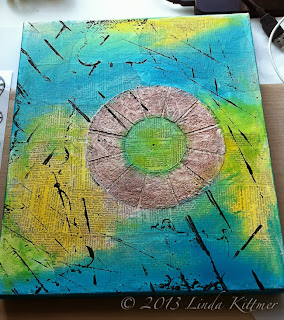 The next step, after the fibre paste has dried, is to get out the paints.  I applied a few different colours in random areas, and then did a bit of stamping with the cardboard insert from this box of Christmas tree bulbs.

It didn't work as well as I had hoped but I did get some of the diamond shapes I was imagining. 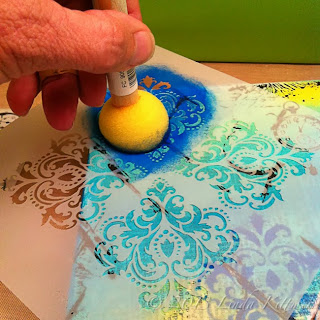 I wanted more interest in the background, so I used Michelle Ward's "Damask 4" stencil as well as a few clock stamps. 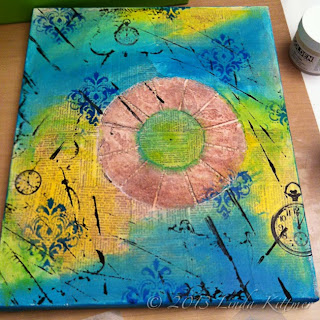 So far so good, but I don't like that sepia colour.  I put Pam's stencil back over top of the raised fibre paste area so I could paint just that area, without having to be to careful about going onto the background. 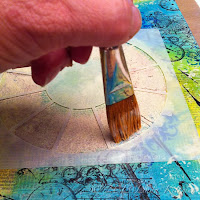 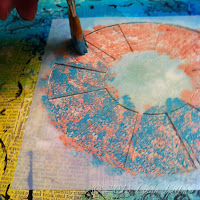 I added several layers of paint, stippling it on to allow colours underneath to still show through a little until I was happy with the colour.

I then added some more stamping, and some numbers and the piece was starting to really take shape. 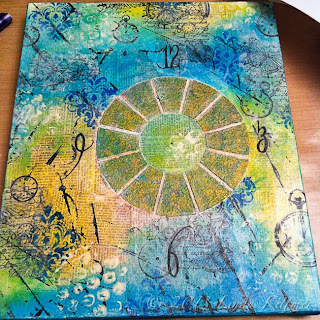 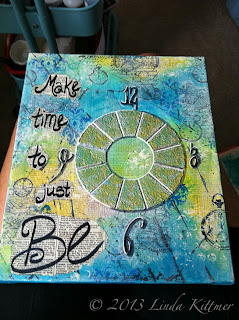 I added a little hand written text, on torn dictionary pages so they'd stand out from the background.  Such an important message in these busy times when it seems we are being pulled in so many different directions all at once! 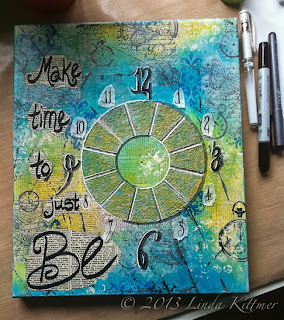 I auditioned the remaining numbers in a smaller size, decided I liked them so I went ahead and drew them onto the canvas using a Copic marker.

And then I added the clock works (I got mine from Lee Valley)...a clock for my studio! 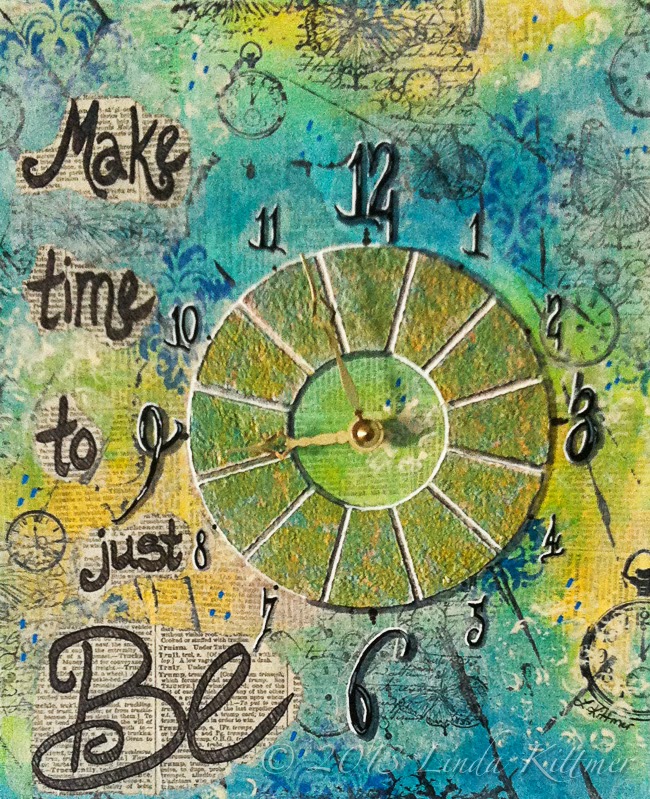 I hope you've enjoyed this stop on the hop.  Remember, if you visit all of the blogs, and leave comments at each, you increase your chance to win in the giveaway!  Good luck!